Who or what were some of your early creative inspirations?

I started out doing weird photo collages back in high school, cutting up magazines and making warped characters from multiples of the same magazine. I was in to David Hockney's collage work back then. I also really dug Hieronymus Bosch's paintings early on and I like making dense scenes full of Easter eggs which might be a bit inspired by him. As far as digital work, I've always been a huge fan of Cyriak's work since early youtube days and had the pleasure of working with him on a Conan remix I did a few years back. I was a big fan of Tim and Eric back in the day too which definitely made an impact. 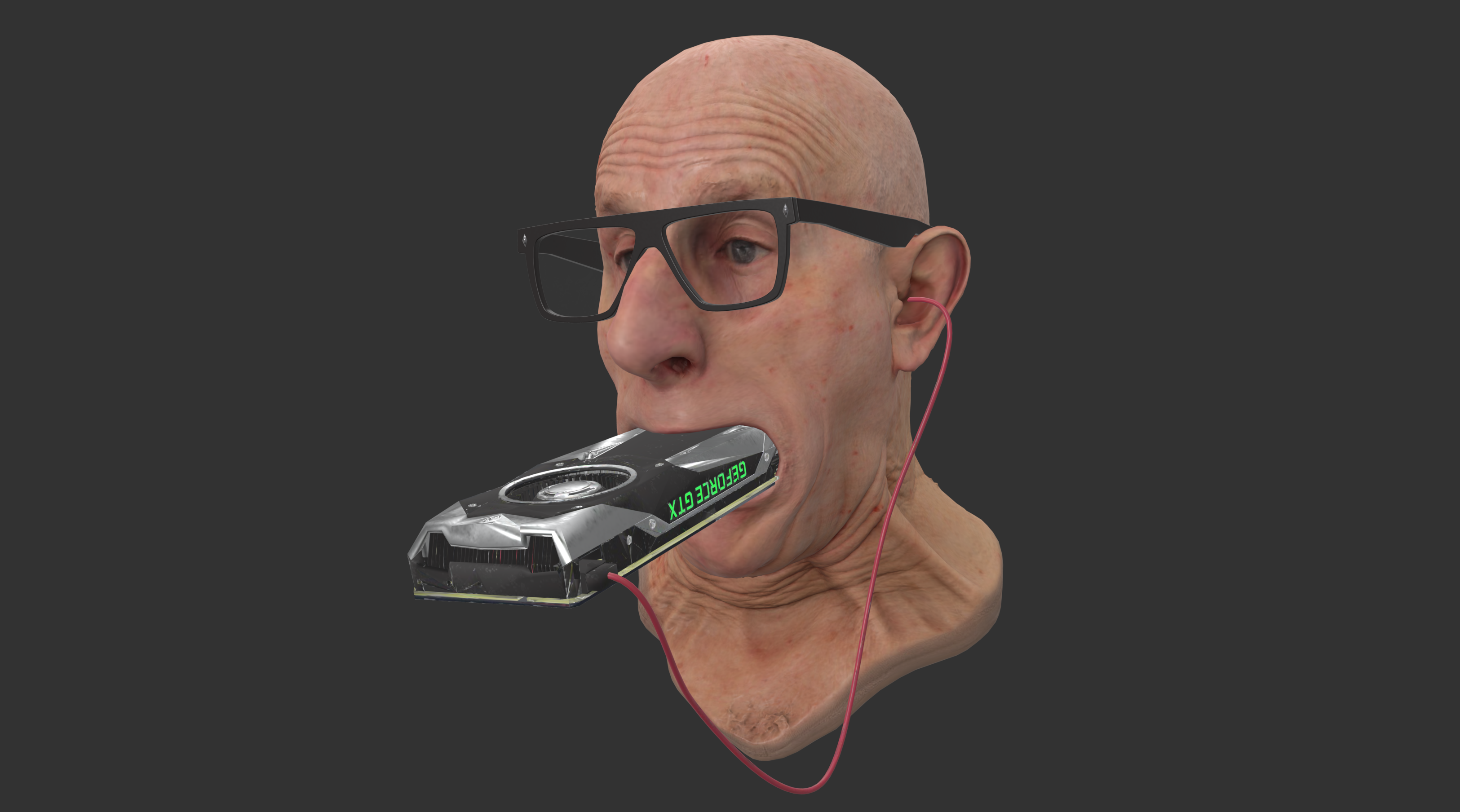 When did you start working in 3D and what’s your favorite project so far?

I think I started working in 3D back in 2009 when Ken Block tapped me to remix his Gymkhana 2 video I teamed up with my pal Davy Force and we turned it into this chaotic, musical car-drifting nightmare. I was still just dipping my toes in at that point but now I'm fully immersed in 3D. My favorite project so far is probably the 1st music video I did for deadmau5 - Monophobia. I made this little test at my studio a few years back and sent it to Joel (deadmau5) and pitched him the idea of making something like it at his mansion. (I had worked with him before making a tour visuals package for his live show) He loved it and we shot a bunch of plates at his house and he did some drone shots which I used in the intro and outro.

There was no real plan or storyboard, or actors, or deadlines. He just let me go hog wild on his house with some wacky animation and I had a lot of fun with it. He's been a great client and was a lot of fun to work with. 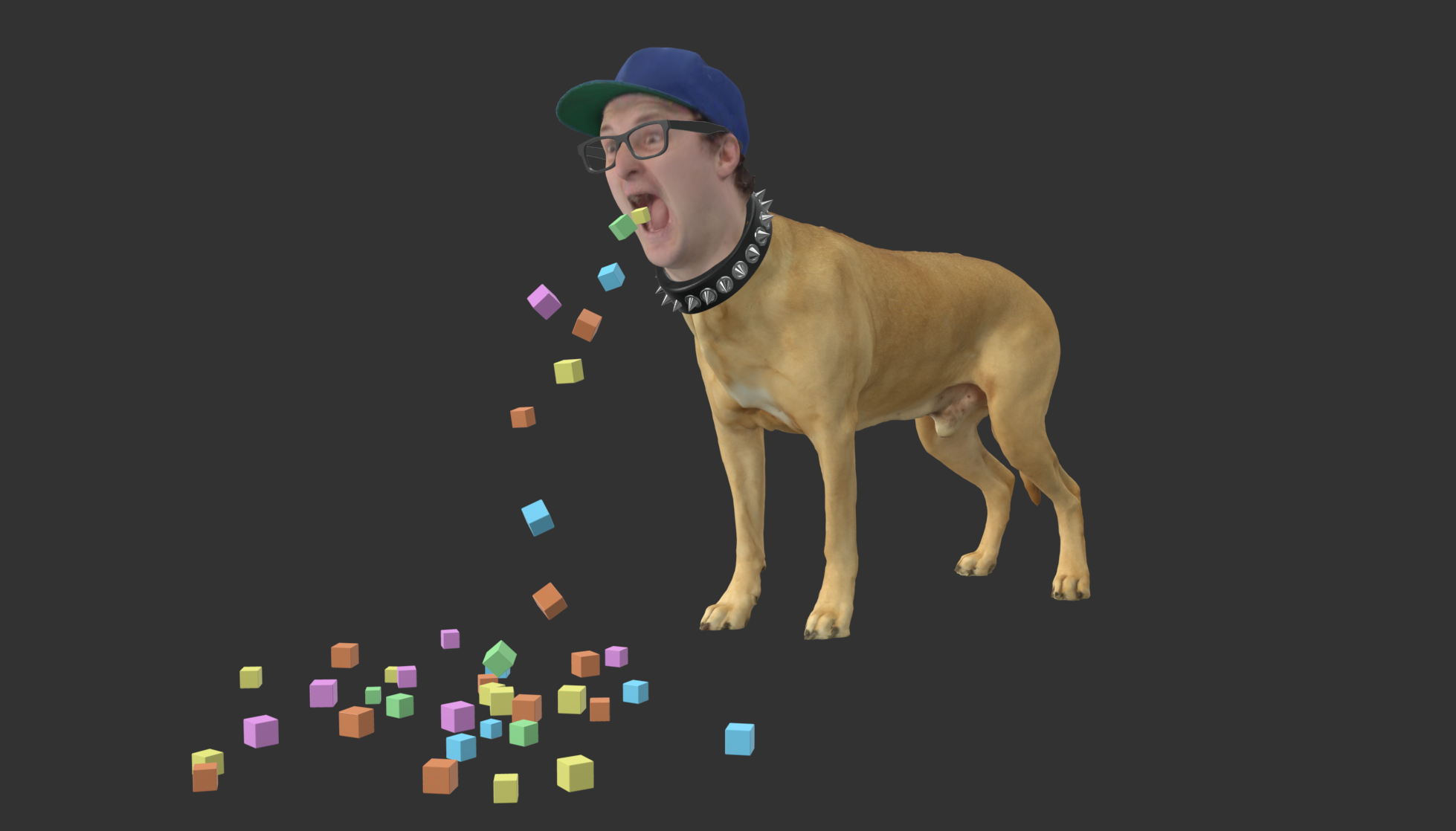 Is there a new project that you haven’t modeled yet but would like to?

I love playing Frankenstein with 3D scans. Making animal/human hybrids, freak creatures with body parts. I love this Oats Studios character from Zygote and I'd love to make a funny version and rig a complex character with tons of appendages and animal parts. Less frightening and more ridiculous though. 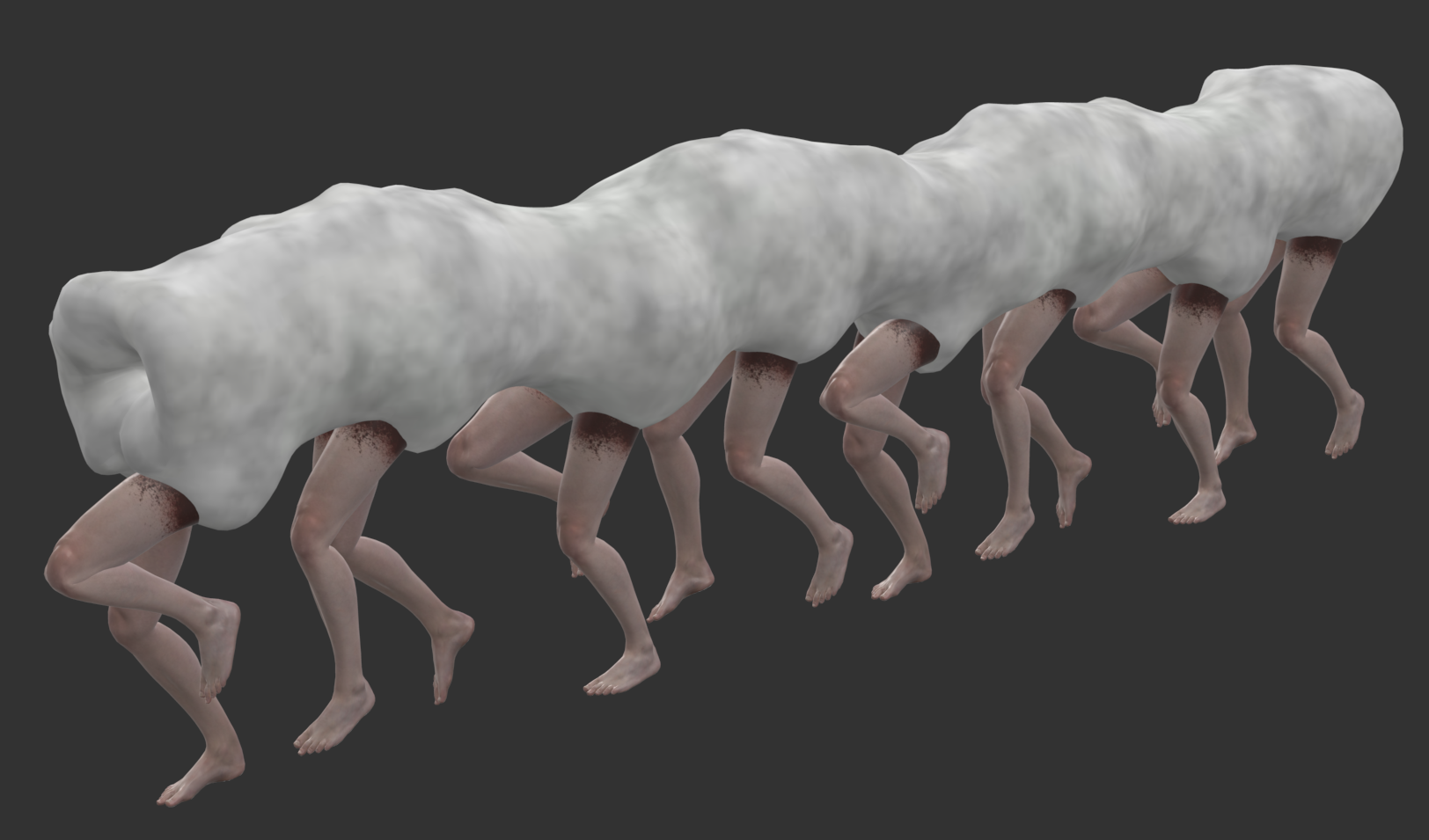 Are there ways in which you think AR will help 3D creators express themselves?

I see a huge benefit in production using AR as a tool in visualization. I do a lot of compositing and match moving and having AR applications to pre-visualize the scene while shooting would be a huge help.I usually shoot talent on green screen with a big 4k monitor split up into 4 zones so I can compare my shots to my background scenes, and pre-renders of 3D assets and on a couple occasions I have done live compositing to get a preview, but having it in a mobile app with live tracking would be amazing as a director to be able to set up shots and preview different angles. It would also be a huge aid in directing talent to interact with 3D objects. Eventually all this painstaking time I spend compositing and match moving will be totally automated and I will be able to just spend time on the creative side of things and not so much on the technical side of things. I was just at NAB in Las Vegas and there were several companies showcasing amazing live compositing systems integrated in green screen studios with complex 3D environments so the inverse AR technology where we track and replace backgrounds is also getting pretty incredible. All these tools, be it live overlay on footage or live background preview, will allow for a huge jump in productivity and eliminate guess work while shooting. I'm really excited to implement AR into my workflow. I also see AR becoming a huge part of user interfaces in software in the future. I like to play with a VR audio application called soundstage where you can play instruments and patch synths and oscillators and sequencers together. It would be so cool to have an AR version where these instruments appear in your home. Having a 3D modelling application like medium or tilt brush in AR would be amazing too. Modeling and placing objects in a scene live would be incredible. 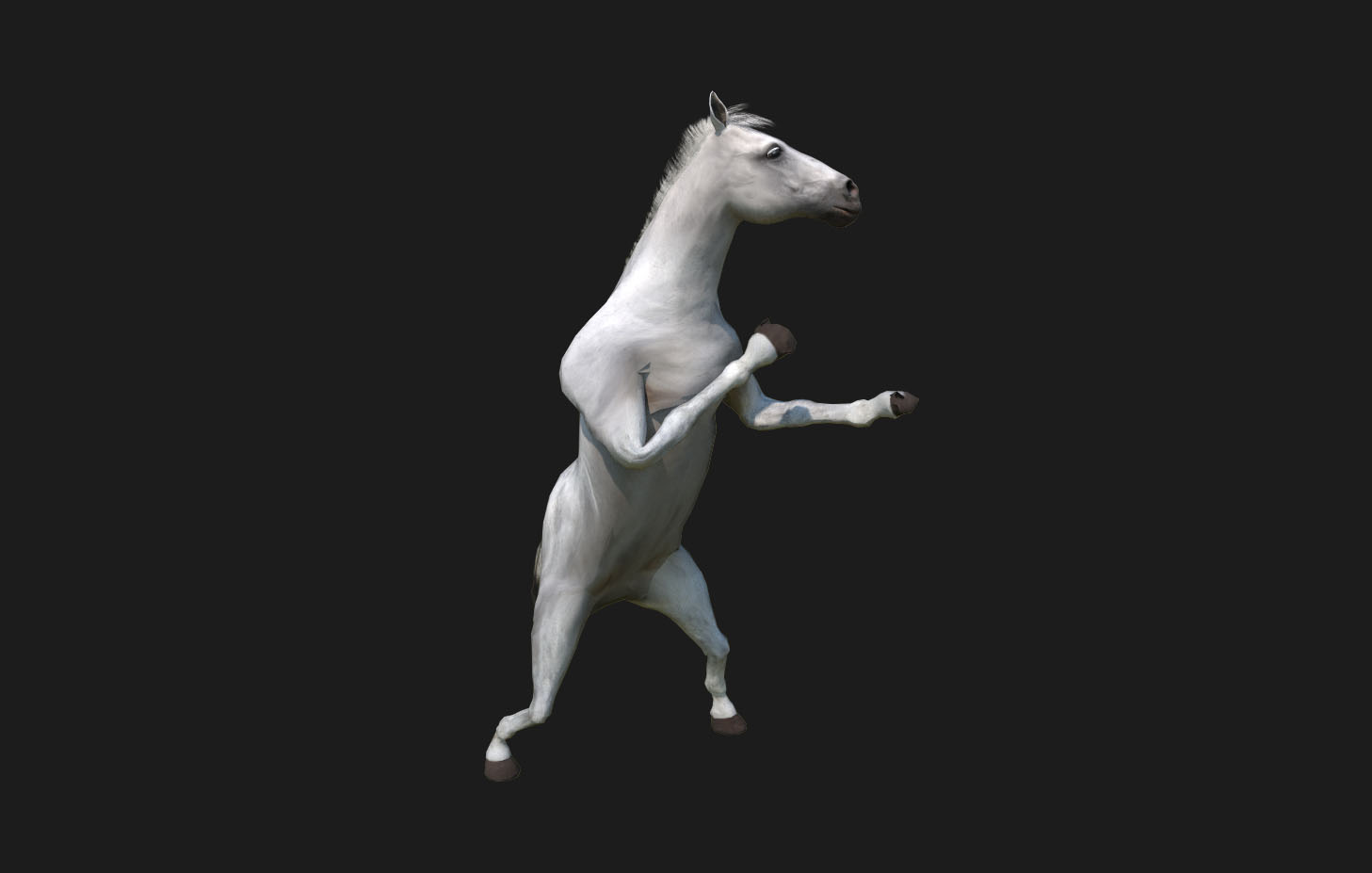