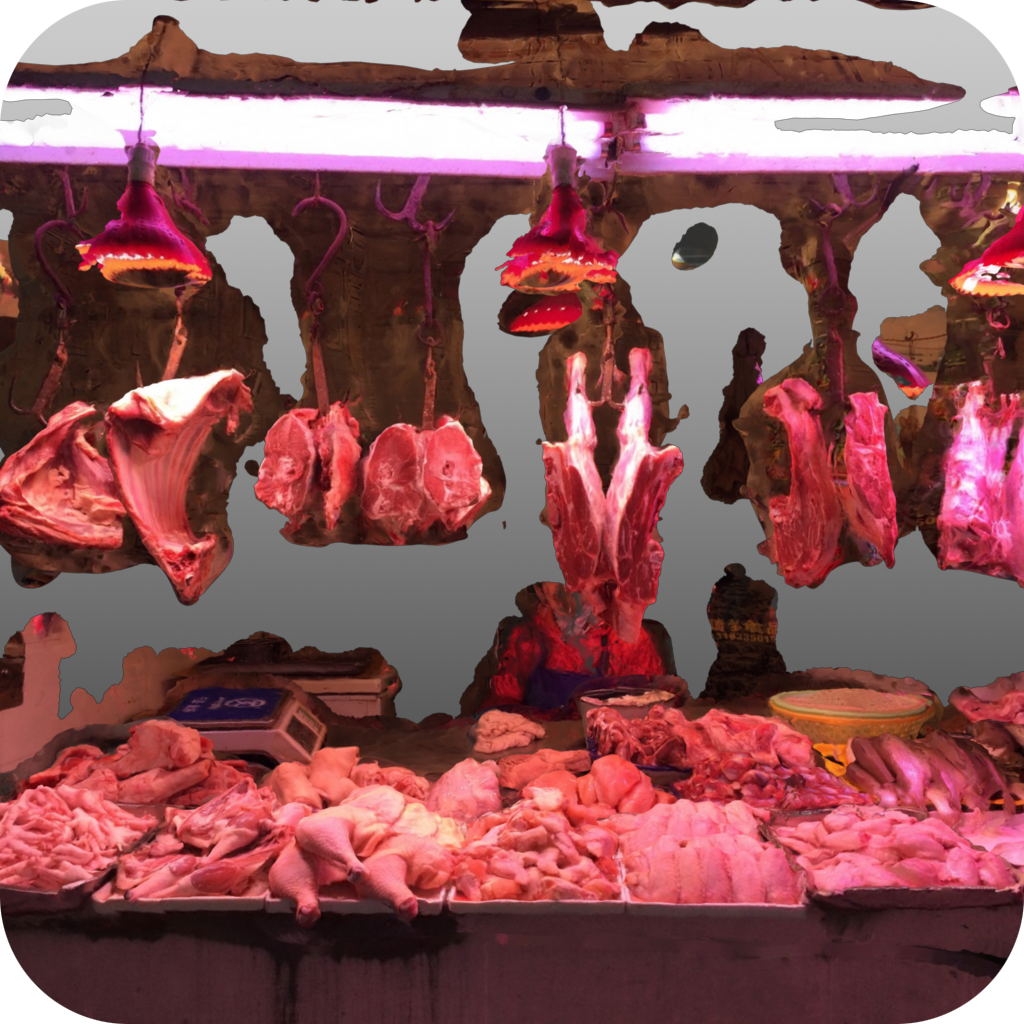 In 2016, Freeman traveled to the city of Wuhan in the Hubei District of Central China as part of the U.S. State Department's cultural diplomacy program, the ZERO1 American Arts Incubator. Wet Market, Wuhan is part of an extensive body of work, which documents the rapidly changing city and seeks to shed light on the complex and nuanced culture and history of the place. In a time when political forces compete to lay blame for the failings of public health policy, the city of Wuhan, and specifically its wet markets, have become the target of derision. Using this ancient city and its' local customs as a political cudgel, does nothing to solve the problem of the threat of global pandemics. Only science can do that.

When we founded ALLWorld AR magazine we were certain that augmented reality was the future of art. Nevertheless we had no idea what the art of the future would look like. We trusted artists would discover how to use this technology and that we would identify these future artworks when we saw them.

When we encountered John Craig Freeman’s work for the first time, we smiled in relief. We immediately knew this is what we had hoped to find. Artworks that make sense in the medium of augmented reality. Artworks that can surpass the realm and limitations of the art object to offer an environmental experience. It felt like seeing the first step into a much brighter future for the arts.

This wasn’t the digital recreation of a physical artwork, but the artistic capture of a moment in time. A representation characterized by the trace of a photogrammetric brush. The skillful and meticulously  trained and caring eye of a new breed of artist. Our first gut reaction was to remember the famous meat paintings by Francis Bacon. Wet Market, Wuhan used cutting edge technology, yet felt as classic as seeing a rich dark oil painting plucked from The National Gallery. A flurry of images seemed to connect; from Goya’s Saturn devouring his son  to Lucien Freud’s Benefits Supervisor sleeping. Wet Market, Wuhan fit in perfectly with history and felt timeless.

Until the world pandemic of COVID-19, never before in history had mankind experienced the repercussions of a same singular event. We had endured world wars and pandemics, nevertheless these had happened at moments in history in which the world had not yet been globally connected through technology. 2020 will never be forgotten as our first shared global experience. A traumatic event whose repercussions we are still attempting to comprehend.

Writing now from the third month of quarantine, we believe it is safe to say that it doesn’t matter if you are enclosed at home in New York City, Santiago or Madrid; every single one of us has heard the name Wuhan. And up to this moment, none of us had an idea of what image should occupy this name.

Wuhan, Wet Market is an important work. The first artwork of a new era in art, a new era in technology and most probably a new era for humankind.

Co-Founder and Director of ALLWorld.io

View this piece on Android devices.

Inquire about purchasing this piece.